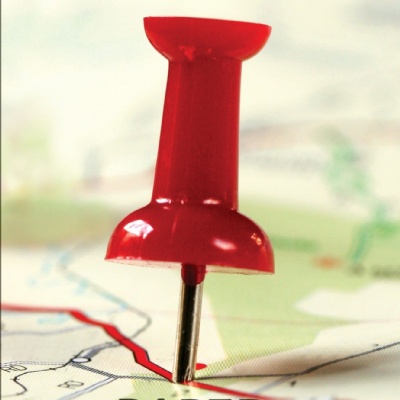 Nelly Brown, with a review for the John Green novel Paper Towns.

Paper Towns is a fantastic, interesting and unique novel that I thoroughly enjoyed.

I was very eager to read this following how much I loved An Abundance of Katherines, and decided that I had to follow my golden rule: read the book before you watch the film.  This book did not disappoint…

Our protagonist is Quentin 'Q' Jacobsen, whose boring life is turned upside down when the stunning Margo Roth Spiegelman moves in next door. To the young Q, Margo is an adventure. It's all fun and games until one day Margo and Q come across a dead body.

Years later, our two main characters are in high school and have drifted apart. They hardly speak until Margo climbs into Q's bedroom and invites him to join her on a mission of revenge. They have their night of adventure, but when Q wakes up in the morning, Margo has vanished. The main plot follows Q and his friends as they try to uncover the cryptic clues Margo left behind.

This is a very cleverly written tale.  The trail of clues gives the book its driving force, balancing comedy and the diary-like stories with mystery brilliantly.

The book is split into three parts, namely The Strings, The Grass and The Vessel. These represent the three beautiful and interesting metaphors used throughout the book. Each section focuses on one of these metaphors: The Strings is about breaking, and irreversible change; The Grass is about friends, family and memories; The Vessel is about journeys and final destinations. This was a very clever move that I haven't seen in a YA novel before.

In my opinion, the best thing about this book was the discussion of identity. The book focuses on each character's different idea of Margo, and eventually their realisations that she is just a person like them.

There are some gorgeous phrases that I would love to steal for my own writing: “It is easy to forget how full the world is of people, full to bursting, and each of them imaginable and constantly mis-imagined."

John Green has done a remarkable job at balancing metaphor and philosophical discussion with well-developed characters and some really funny comedy. Q is relatable as our main character, a teenager who is at a bit of a lost point in his life, and is interesting without being precocious or cringe-worthy. His dialogue is really well-written, and reveal a lot about his personality.

Throughout most of the book, Margo is more of an idea than a character. Everybody has different memories of her, and so sees her differently. Q's idea of Margo evolves through the story, and her character becomes steadily more complex. Even when we discover the real Margo, she is still one of the most complex characters in YA.

If I had to find a criticism for this book (a hard feat), I would say the plot starts to drag slightly in the middle. There is a period where the clues all slow down a bit, and the humour is lost. That said, it picks up again with a major discovery.

This book will break your heart. Its conclusion is sad, but it feels right given the rest of the story.

I've recently been thinking that all John Green books seem to have a common language. I smiled every time I saw references to his other books. For example, the three metaphors and the famous 'It's a metaphor,' from The Fault in Our Stars, and the road trip and Katherines.

Paper Towns is a remarkable and funny book with great characters and beautiful metaphors. It had me laughing out loud and it had me feeling for the characters.  I would recommend it to fans of any other John Green book, or fans of any similar YA authors, such as Rainbow Rowell. But to be honest, I think anyone and everyone could gain something from reading this.