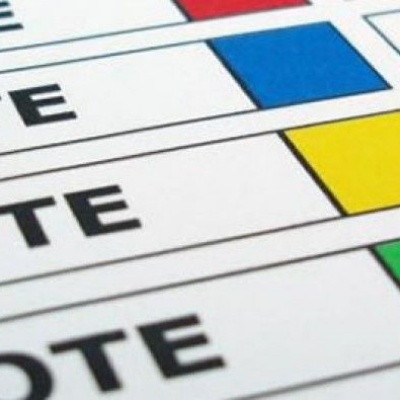 On Wednesday 11, students got the opportunity to take part in a mock election, only a day before the general election. The parties that would run were Labour, Conservative, Liberal Democrats and The Green Party. Each party would have a representative, Kate Greenaway for Labour, Aidan Timmins for Conservative, Lily Smalley for Liberal Democrats and Benji Beedles for the Green Party.

The day before the election, Tuesday 10, a debate between the parties was held in the hall at lunch, seeing all four parties take to the stage in an attempt to persuade voters. However, it seemed that voters had their minds made up from the very beginning. The Liberal Democrats and Conservatives, upon their introduction, were met with almost silence, whereas the Green Party’s introduction was followed by shouts and cheers, as Benji smiled from his position. Throughout the following events, loud discussion emanated through the hall, making it hard to hear the party representatives. Once Lily took the stage to address the hall, her microphone unfortunately stopped working completely and her words were lost. Even when the microphones did work, the considerable noise made it hard to keep track of what was being said and who, at any one point, was talking.  Such it seemed was the passion for discussion among the students present. Three questions are presented to the representatives, considering: Brexit and the EU, how to “fix” the NHS and what tax the party would place on income and the wealthy. All three parties discuss the questions, under a time limit. Benji Beedles party, in spirit of his parties Green nature, speaks in tree puns. Each party representative was then asked individual questions, before they give their closing statements. Once again, the Green Party was met with cheers and rounds of laughter, as Benji said, “It was a mess then, it’s a mess now and when were the Lib Dems in power?” as his closing statement.

The following day, Wednesday 11, the polls were open. Students and teachers were able to vote during form time in the hall, but if you were hopeless with timings, like myself, you could go down to the hall during the first four periods to cast your ballet. All students and staff where encouraged to vote and a team of students helped in the running of the polling station. Voting close at one o’clock and they were counted, being revealed in the Year 11 global assembly, period 5. With 284 votes, the Green Party won the vote, with the Conservatives close behind with 270, followed by Labour with 215 and The Liberal Democrats with 137. The hall was alive with cheers for the Green Party success. However, out of all the ballets cast, 39 came back spoilt.

The Summerhill mock election results were not reflected in the real 2019 General Election. The Green Party only managed to get one seat in parliament and the Conservatives won a majority, meaning they were once again in power. Although just a bit of fun, the mock election hopefully showed students of Summerhill the importance of their vote and I would advice that you do your own research concerning these matters in the future. It is important to have an open mind, but also make sure you know who, and what, your voting for, making sure you believe what you choose.