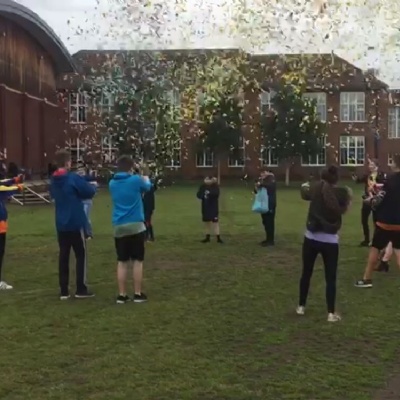 On the 8th of June, many took part in an ‘It’s a Knockout’ competition commemorating Daniel Banner, who died from a short battle with cancer, when he was in year 8. It was a great event, with a special appearance from Terry Harthill, who was in ‘The Great British Bake Off 2019’.

People, from our school and surrounding schools, took part in different challenges and races including inflatables and water-based activities. The teams compete to win the top spot, and win the golden medal. Lots of people took part, in making this day special for everyone involved, but especially Daniel’s parents. It was a great turnout, and for a great cause.